How We Enhance Our Eyelashes: Then And Now

How We Enhance Our Eyelashes: Then And Now

While eyelash styles have changed through the ages, our desire to enhance them hasn’t. Come on a journey with us – then and now. See what has changed over time, what hasn’t and what’s in fashion for lashes today.

A Quick History of Lash Fashion

The last 50 years have certainly influenced our lash fashion.

Lashes have been adorned since Egyptian times when both men and women wore Khol and ointments to line their eyes and darken their lashes. This had an added benefit of protecting them from the sun’s harmful rays. Between then and the early 1900s, a range of homemade products to darken, colour or remove (yes, you read that right – in the Middle Ages women actually removed their eyelashes) their lashes.

Although not called mascara yet, the first modern mascara was created during the Victorian Era (1837 – 1901) by Queen Victoria’s perfumer Eugene Rimmel. It was made primarily from coal dust and Vaseline jelly. Then in 1917, a woman named Mabel Williams collaborated with a drug manufacturer to create a product that made lashes and brows shiny. Their trademark, Maybelline, became a household name. They launched the first “mascara” in 1933. In 1958 Revlon created the first mascara package comprising of a tube and spiral wand. These iconic brands are still here today.

Mascara for the Millennial Age

These days we don’t just want darker, thicker, curlier eyelashes – we want so much more.

Enter tubular (or tubing) mascara. PONI White Knight Mascara forms tubes around each lash and doesn’t cake or smudge, resulting in no more panda eyes. It’s water-based so the tubes slide off gently with water, making it easy to remove – the lashes aren’t pulled, they don’t break as the mascara remains flexible and it doesn’t leave a residue at the base of the lash follicle, which can block the pore-opening and suffocate the new hair, resulting in hair loss.

Thanks to its nature, tubular mascara is excellent if you suffer from hayfever or dry eyes (a condition we can get as we age which causes watery eyes that make wearing most mascaras impossible). If you get some on your skin, it can easily be wiped off after drying and doesn’t leave a mark.

Another effect of ageing is our lashes become shorter, and when we apply mascara, it often ends up on our eyelids. This isn’t a problem with a tubing mascara as it can easily be flicked off with a cotton bud.

Lash tinting dates back to Elizabethan times when women wanted to make their lashes red to look like the Queen’s. Sadly, back then the tints were toxic and sometimes made the lashes fall out.

Today our tints are generally safe. However, if you haven’t had a tint before or have reacted to either lash, brow or hair tint, then a sensitivity patch test is recommended the day before the treatment. For those that are sensitive, a special tint for sensitive eyes is available.

Tinting is quick and inexpensive and gives instant results making it very popular. If you are fair, a tint provides an excellent base for your mascara as it is difficult to apply mascara thoroughly to the base of the lashes. It is the best choice for those after a no-fuss alternative and a natural look.

Tints come in many colours, but in general, lashes are usually black, blue-black or brown-black. If your lashes are fair, black is often the best choice. For brown lashes, blue-black provides a beautiful gloss. For fair people with warm undertones, brown-black can be particularly flattering.

The Innovation of the Eyelash Curler

In 1931 the first eyelash curler was patented. It curled lashes very quickly and was inexpensive making it very popular. These curlers are still available today. The heated lash curler was the next innovation. It’s easier to use and gentle on the lashes but works best after mascara has been applied.

An Alternative to Curling: The Lash Lift

If you’re looking for a more dramatic effect and don’t want to curl your lashes daily, the Lash Lift is for you. A lash lift treatment takes about 45 to 60 minutes in the salon and includes a tint.

It requires no special aftercare, and you can even bathe or swim afterwards, and it grows out over six to 12 weeks, so no infills are needed. An eyelash Lift is best for those people who are time-poor, sporty or who are planning to travel for more than two weeks. This treatment gives an immediate result and is suitable for people that have reasonably long straight lashes. If the lashes are short and sparse, you may not see a dramatic improvement.

Combined with an eyebrow shape and tint, this is our Signature Eye Treatment.

Although eyelash extensions were said to have made their debut in the early 1900s in the silent film industry, they didn’t really become popular until the 1930s.

What are False Lashes?

What are Eyelash Extensions?

Eyelash extensions refer to either individual lashes or groups of lashes (fans) which are attached to your individual natural lash using a semi-permanent glue. Lash extensions will fall out with your natural lashes during the natural growth cycle. For this reason, you’ll need to have them filled in every few weeks.

You mustn’t get lashes wet during the first 24 hours as the glue sets with humidity. If it is too humid, they’ll set too quickly, and the bond will be brittle. Oils can also deteriorate the glue and reduce retention. Hence only water-based cleansers should be used to cleanse the eye area when wearing lash extensions. You’ll also need to ensure you only use water-based mascaras such as PONI White Knight with lash extensions.

Lash extensions are available in different lengths, thicknesses and curls. A variety of lengths is applied to create a range of looks.

A Cat Eye Design, where longer lashes are applied on the outer edges, creates the illusion of a more almond shaped eye. This is recommended for round eyes and close-set eyes.

A Natural Design has longer lashes three-quarters of the way out with shorter lashes on the outside. This will suit most eye shapes and settings.

If you have hooded eyes, curlier lashes can be applied to open the eye.

Classic lash extensions (or 1:1) refer to the process in which one false lash is grafted to each natural eyelash. They’ll make your lashes look longer, thicker, and curlier. They suit people who already have a good amount of lashes – if not, they could end up looking quite sparse.

If you’re after volume, this is your best choice. With volume lashes, a fan of lashes is attached to each natural lash. Each fan is made up of a few very fine lashes of various lengths to mimic the way natural lashes grow. They can provide a fuller look, especially for people with sparse eyelashes. Depending on how dramatic you want to look, each fan can have from two to six lashes. If you have short lashes, very long lashes cannot be applied, but shorter volume lashes will give a very pleasing result.

If it’s time to give your lashes a boost, whether it’s tinting or extensions, Marlene has you covered! At Elisabeth De Martin Beauty Salon in Wollongong, we offer you a range of options from tints to lifts, extensions, infills or removal. Book a consultation today and know that you’ll get the best advice and treatment for your eyes. 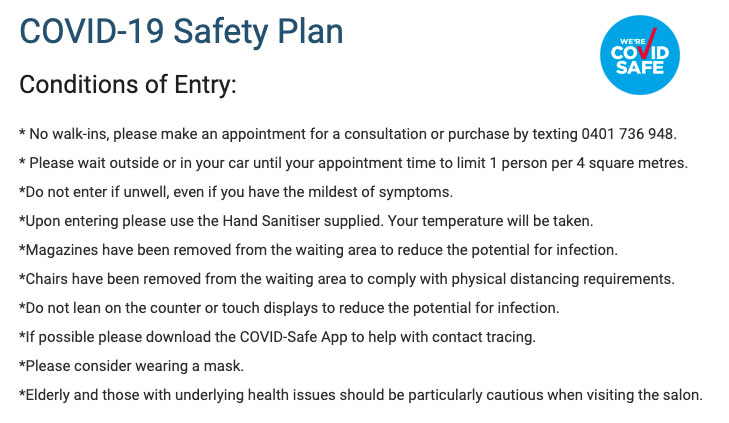